The Mavic 2 series has appeared to be a little unloved at the top of DJI’s folding drone range, remaining untouched while the Mini and Air 2 drones were both refurbished. Indeed, the DJI Air 2S has taken many of the Mavic 2 Pro’s attributes – particularly the 1-inch sensor – and has emerged as a serious challenger among DJI’s folding drones. That is, until now.

The Mavic 3, on the other hand, features not one, but two, extremely noticeable changes that will stand out for photographers: a four-thirds image sensor and a secondary camera with hybrid zoom, in addition to the incremental improvements we’ve come to expect from new models. In a similar move, the drone does away with the distinction between Zoom and Pro, giving each Mavic 3 the identical camera unit.

It has everything a drone enthusiast could want, including an amazing Four-Thirds camera, customizable aperture, increased battery life, and enhanced collision avoidance, all in a package that’s lighter than the Mavic 2 Pro. However, the Mavic 3 lacks some software functions at launch that won’t be available until a firmware update in January 2022, and it comes at a price that non-professionals may find difficult to justify.

The standard version of the Mavic 3 costs US$2,199 / £1,879 / AU$3,099. The Mavic 3 drone, one Intelligent Flight Battery, an RC-N1 Remote Controller, phone cords, a battery charger, a storage case, and three sets of propellers are all included in this kit.

All of the above, plus two additional Intelligent Flight Batteries, three additional pairs of propellers, a battery charging hub, an ND Filter Set (ND4/8/6/32), and a convertible carrying bag, are included in the DJI Mavic 3 Fly More Combo, which costs US$2,999 / £2,549 / AU$4199.

The Mavic 3 is designed in the same way as previous Mavic drones. When the drone isn’t in use, the propeller arms fold inwards, making it considerably smaller and more backpack-friendly, before folding out again in seconds when you’re ready to take it up in the air. Despite its darker colour scheme, the Mavic 3 retains the renowned Mavic style and build quality.

The standard version of the Mavic 3 weighs 895g, while the Cine version weighs 899g. This is actually lighter than the Mavic 2 Pro (907g), which is impressive given that the Mavic 3’s battery is heavier and has a larger capacity of 5,000mAh versus the Mavic 2’s 3850mAh.

The controller is similar to that of the Air 2S and other recent DJI drones, so there’s not much to say about it. It’s a nice design that feels good in the hand and can accommodate the size (and weight) of an iPhone 13 Pro Max in the case. The rubberized grips and bays for storing the control sticks, as well as the tidy cable well, are all really well-designed. Even better, the charging is done via USB-C, which is a neat approach that complements the batteries. Even better, it can easily store enough charge on its own to last far longer than the three batteries included with the ‘Fly More’ and ‘Cine’ packs, so it’s a win-win situation.

You can upgrade to the new Smart Controller (included with the Cine), which is slightly larger than the previous model and supports the Mavic 3’s O3+ and Wi-Fi 6 capabilities. The accompanying screen is bright enough for the outdoors, and the download rate (beyond Wi-Fi 6 range) is 15MB/s, allowing pro users to skip putting their phone into their controller (nearly 3 times faster). It should also reduce control latency by 10ms to 120ms, which should have no impact on routine Mavic piloting.

The Mavic 3’s dual Hasselblad camera is its crowning glory, with the main camera sporting a 20MP Four Thirds CMOS sensor and an equivalent focal length of 24mm. This camera, like the Mavic 2 Pro, has an f/2.8 to f/11 aperture that can be adjusted, as well as auto and manual focus from 1m to infinity. The second camera has a 1/2-inch CMOS sensor, a fixed f/4.4 aperture, and a 28x hybrid zoom with an equivalent focal length of 162mm.

When viewing stills, the image quality from the main camera is nothing short of outstanding, with only a minor bit of sharpness going off towards the corners of the picture. However, the amount of fall-off is minor, and you must look for it. It’s also a lot better than the image fall-off seen with the DJI Air 2S.

Even in high-contrast scenarios, there was no chromatic distortion along subject boundaries, and high ISO noise handling is likewise good, with usable results across the whole range, even if light grain becomes obvious at ISO 800.

Because the Four Thirds sensor is still small compared to a full-frame camera, the Mavic 3’s adjustable aperture is more effective for managing exposure than depth-of-field. When shooting video, however, the ability to regulate the aperture is a terrific feature because it allows you to make exposure changes quickly in the air while keeping the shutter speed at a certain level.

The second camera in the Mavic 3 is substantially more limited, capable of simply shooting JPEG photos and normal video (not raw) at 4K 30fps. With the capacity to see distant locations with ease, this hybrid camera only offers basic capabilities and Auto shooting.

The Mavic 3 is an agile drone with substantially better flight responsiveness than its Mavic 2 predecessors. In this regard, it resembles the DJI Phantom 4 Pro V2.0 more. In both Normal and Sport Modes, the controls are simply more sensitive, however, Cine Mode reduces control sensitivity and speed for smoother flights and more cinematic video footage.

Flight can be as quick or as slow as you want it to be. While the Mavic 3’s features and pricing make it more suitable to experienced drone pilots and professional content makers, thanks to its increased safety features, it might also serve as an entry point for newcomers. Still, entry-level drones like the DJI Mini 2 are more suitable, and several amateur-friendly capabilities (like the MasterShots automatic flying modes) won’t be accessible on the Mavic 3 until a software upgrade on January 22, 2022.

When Advanced ‘Return To Home (RTH) is enabled, the Mavic 3 uses several vision sensors to detect impediments in all directions, which can be extended up to 200m. Advanced Pilot Assistance System (APAS) 5.0, which combines six fish-eye sensors and two wide-angle sensors to perceive obstructions in all directions, also improves obstacle avoidance. When enabled, the drone can be programmed to fly autonomously around obstacles to sustain continuous flight or to brake.

When flying in complicated surroundings like woods, though, APAS might become overwhelmed and cause the drone to fly erratically. We tried this in a very complex setting, and if the drone hadn’t been halted, it would have smashed into tree branches. Nonetheless, this was a really difficult test, and when APAS was disabled, the drone was able to fly considerably more smoothly, but with a much higher danger of crashing.

The new 5,000mAh battery in the Mavic 3 allows for a maximum flight time of 46 minutes or a distance of 30 kilometres, according to DJI (with no wind). In actuality, because you must account for wind, ambient temperature, and the minimum battery capacity before initiating ‘Return To Home,’ the promised flying time is rarely attainable.

Thanks to its Four Thirds sensor, the Mavic 3 is unquestionably the class leader in image quality. The camera’s noise control at higher ISO settings is also superb, making it an appealing alternative for commercial aerial stills shooters. Although the Cine version is incredibly pricey, pricing isn’t often the deciding factor for working professionals, and the Mavic 3 is still more cost-effective than the DJI Inspire 2.

It’s incredible that such a little drone can shoot Apple ProRes footage on a 1TB internal SSD. The DJI Air 2S, despite its lack of adjustable aperture, is a powerful competitor to the Mavic 2 Pro, which has been available for a few years. However, the Mavic 3 is light years ahead of the Mavic 2 Pro in terms of image quality, making the investment worthwhile. 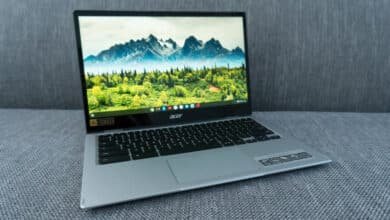 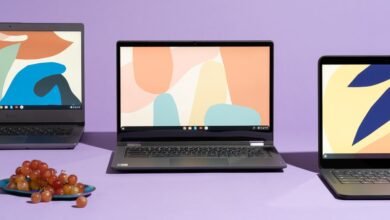 7 Best Chromebook Laptops in the Market 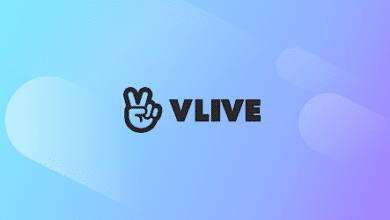