This is supposedly the Samsung Galaxy S21 budget model, with features and characteristics similar to the main S21 family but a lower asking price due to a few minor compromises that most phone users are unlikely to notice.

The price is an issue right off the beginning. The S21 FE is supposed to be the budget member of the family (as indicated by the FE in the name), however it arrived so late in the S21 range that it is still full price while others have been discounted.

The Samsung Galaxy S21 FE’s price problem is unfortunate, because the phone may be a compelling buy at a lower price. Phones with the same processor, screen specs, and camera capabilities may now be had for less money.

After being introduced at CES 2022 a week before, the Samsung Galaxy S21 FE went on sale on January 11, 2022, with stores in the US, UK, and Australia offering various incentives to encourage purchases, such as free headphones or in-store credit.

Another point of resemblance is Samsung’s Dynamic AMOLED 2X screen technology, which is essentially a marketing phrase for a sort of AMOLED panel that debuted in the Galaxy S20 phones. To paraphrase a lot of technical jargon, that means the screen is brilliant and bright, and we agree based on our experience with the phone.

The Galaxy S21 FE’s strong suit is its screen. Colors, contrast, and brightness are all excellent, and it’s a joy to watch TV shows or play games on the phone. A cut-out for the front-facing camera runs along the top edge, breaking up the display, but it’s not too large, so not much real estate is lost.

With one exception, the Galaxy S21 FE appears to be a recent smartphone. Samsung uses fewer premium materials than the S21 and S20 FE. The frame is made of aluminum, however the back is made of polycarbonate, which is a type of plastic. It doesn’t feel cheap in the hand and is quite comfortable and light, but the slick plastic texture on the rear attracts fingerprints, prompting us to suggest using a case.

The S21 FE is slightly larger than the ordinary S21, yet while using similar materials, it appears to be less expensive. The camera bump on the rear, which houses the three-camera system, still protrudes from the device’s frame, but instead of being made of metal like the Galaxy S21, it’s made entirely of plastic.

The photography performance of the Samsung Galaxy S21 FE is mostly comparable to that of the S21 and S21 Plus, despite some differences in hardware. We’d go so far as to claim that there are significantly more similarities than differences.

The main snapper is a 12MP main camera, which is a carryover from the S21, as is the 12MP ultrawide camera. The S21 FE, on the other hand, only has an 8MP telephoto camera, whereas the S21 has a 64MP one.

This telephoto lens has a lower resolution than the S21’s, but it’s combined with the same lens, which allows for 1.1x optical or 3x hybrid zoom; for most users, this apparent downgrade won’t make a significant impact.

The phone has a 32 MP camera on the front, which is an upgrade from the 10MP on the other S21 variants, but resolution isn’t the be-all and end-all of camera quality.

The photos captured with the main camera were bright and vibrant, which is fairly typical of Samsung phone photos – it’s clear that the company’s scene optimization software has never heard of oversaturation. Nonetheless, the main camera’s features make photos look instantly social media-worthy, especially when taken in well-lit circumstances.

Many of the photography and videography modes from earlier Samsung phones are available here, including Single Take, which records a photo with multiple lenses at once so you can choose the best, and Dual Recording, which lets you record video on both the rear and front cameras at the same time.

Both the front and rear cameras can capture video at 4K quality and 60 frames per second, which is expected for the rear camera but unexpected for the front, as just a few phones can do so. The Galaxy S21 can record 8K video, so the FE may disappoint all four people on the planet who want that in a phone – but that’s okay with us.

We wouldn’t be shocked if the Samsung Galaxy S21 FE is the last phone to use the Snapdragon 888 chipset – the 888 was the top-end Android processor for most of 2021, but the newly-announced Snapdragon 8 Gen 1 is already being deployed in a few phones at this time.

Because the 888 chipset supports 5G, the Galaxy S21 FE can connect to 5G networks if you have a 5G contract and live in a region that supports it. The CPU is also combined with either 6GB or 8GB of RAM, depending on the phone model.

Despite not being the most recent or powerful chipset on the market, the differences between the Snapdragon 888 and its predecessors are minor, and the former is still a robust CPU capable of running demanding programmes without breaking a sweat.

Samsung’s One UI 4 fork runs on top of Android 12 on the Galaxy S21 FE. The key difference between Android 12 and earlier versions is enhanced customization, particularly the ability to choose a color scheme for menus and icons, which One UI 4 supports.

The FE’s RAM, processor, and screen refresh rate should make navigating the menus a pleasure, but that wasn’t the case in our testing. Swiping between home pages, accessing apps, and unlocking the phone, especially when using gesture navigation, felt a touch clunky. Using the phone menu’s search to discover a certain app, in instance, was frequently sluggish.

Also checkout: 10 Best Keyboards that you can buy in 2021

Despite the fact that the Samsung Galaxy S21 FE has a 4,500mAh battery, which is a very common size for a smartphone, we found the battery life to be disappointingly short.

With typical use – that is, some social media surfing, music streaming, and the occasional game and photo capture thrown in for good measure – we found the battery limped to the finish line and barely lasted a day between charges. However, due to excessive use, we’d have to charge the phone in the early evening in order to keep it going till the next morning.

So, if you’re merely a light phone user, the Galaxy S21 FE’s battery life may be sufficient; however, if you use your phone frequently, it may not be.

The FE’s 25W charging capacity is shockingly low when compared to the vast number of fast-charging phones on the market, some of which go up to 65W or even 120W.

The phone takes roughly an hour and a half to charge from empty to full at 25W, though we expect most users will charge it overnight. That was with the fastest-charging cables we have at home, but because a charger isn’t included in the box, you’ll have to use whatever plug you already have or decide to buy. In most regards, the Samsung Galaxy S21 is a superior phone than its FE sibling, so if you can get it at a lower price, go for it. You could also wait for the S22, which should be arriving soon. The FE’s 25W powering isn’t particularly swift, especially when the gadget takes well over an hour to fully power up, and there are plenty of better options if you need quick charging periods. The Samsung Galaxy S21 FE is also a bit pricey. 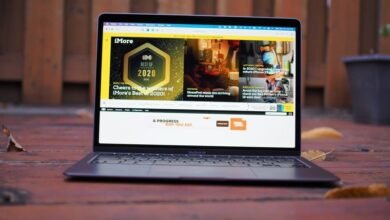 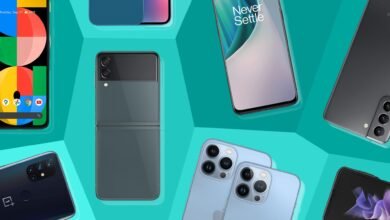 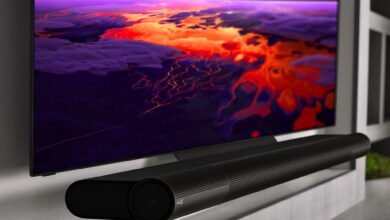 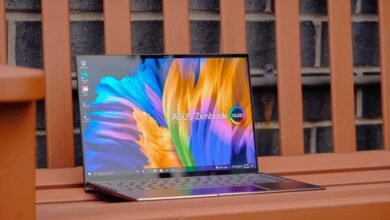