When it comes to smartwatches, Apple Watch is constantly at the top of the best smartwatches list, as well as a favourite among music fans. Apple customers, in particular, are increasingly choosing it as their wearables due to its abundance of built-in functions and high quality. Apple Watch has ample internal storage space for you to store music tracks if you want to listen to them.

In this article we’ll show you how to set up the Spotify on Apple Watch in this post.

Apple Watch now supports Spotify, allowing all Spotify subscribers to play Spotify on their Apple Watch. However, there are still some limitations on the playback of Spotify on Apple Watch due to different subscriptions.

If you have an Apple Watch and are a Spotify member, you can get a surprising amount of control right from your wrist. There’s also some positive news. Things have also just improved significantly.

Does Spotify Work on Apple Watch?

Because Apple Watch and Spotify have a functioning relationship, Apple Watch owners can receive a Spotify app for their watch. Spotify is currently compatible with all Apple Watch generations. This implies that all Spotify subscribers, whether they have a free or premium account, will be able to listen to Spotify on their Apple Watch.

You can now download your favourite playlists, albums, and podcasts to your Apple Watch for a true offline and phone-free experience, according to a new update released on May 21, 2021. Spotify, on the other hand, only makes this update available to Premium subscribers. But don’t worry; keep reading to learn how to get Spotify on your Apple Watch. If your Apple Watch already have Spotify installed, you may skip this section.

Follow these steps to set up Spotify on Apple Watch-

How to install the Apple Watch Spotify App

This will necessitate the use of your iPhone. First and foremost, if you haven’t already, download Spotify to your phone. After that, find your Watch app, launch it, and scroll down until Spotify appears.

Despite its modest size, this screen has a lot going on, so let’s have a look at what’s going on. The play/pause and skip buttons are in the centre, with a progress bar above that showing how far into the music or podcast you are and how many minutes and seconds remaining.

Above it is the song/playlist/podcast title and artist name, with a volume indicator to the right. The Digital Crown can be used to modify this.

There are two icons at the bottom of the page: one for adding/removing favourites and another for selecting which device to listen to your audio on via Spotify Connect. This symbol changes depending on the output you choose; for example, here it’s an image of our iPhone, but if you chose a smart speaker, you’d see a speaker.

When you hit the icon, a list of available devices on your local network appears; simply tap the one you wish to use to listen to music. Your Apple Watch will be at the top of the list. When you wish to listen with your headphones or AirPods, use that one.

The Recently Played panel appears when you swipe right on the main screen, and it’s a scrollable list of everything you’ve listened to recently on Spotify. You’ll notice two links at the top: Your Collection, which will take you to your Spotify library, and Downloads, which will take you to the music you’ve downloaded to your Apple Watch.

If you subscribe to Spotify, you can download up to 10,000 minutes of audio to your Apple Watch for offline listening, which is great for runners and anybody else who likes to leave their iPhone at home.

You can’t download directly from the Watch app; instead, go to the Spotify iPhone app and select a playlist, then press on the three small dots. The Download To Apple Watch option should now appear. When you tap it, the playlist will begin to transfer to your Apple Watch.

Also read – How to Recover your Snapchat Account in 2021?

The track artwork, shuffle and repeat controls, and the rest of the tracks in the current playlist may all be found by swiping left on the main screen. Spotify’s Apple Watch functions aren’t entirely displayed. With Siri support, you can use your voice to operate Spotify, for example, by saying “Hey, Siri!” Use Spotify to listen to my running playlist.”

You can also ask Siri to play certain albums, artists, or playlists, as well as manage volume, play, and pause.

Also Read:  How to Stream Netflix on Discord with Friends to Watch TV Shows and Movies (2021) 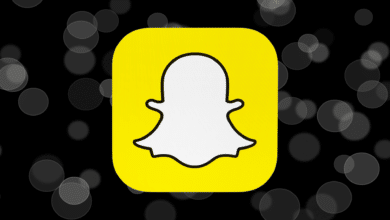 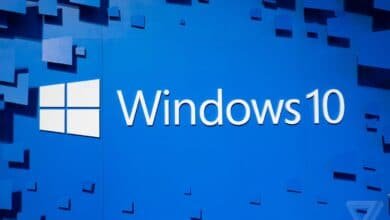 How to Change the Default Browser on Windows 10

How To Change Your LinkedIn URL: Step-by-step Guide To Customize Your Profile